In this post, we will take a look at nitro coffee health benefits. Nitro coffee refers to cold brew coffee infused with nitrogen – a transparent and unscented gas. Well, this seems like a strange combination but it isn’t. As a matter of fact, many cold beverages are infused with gases. For instance, carbon dioxide gas is put into soda to give it its characteristic bubbles. It is also the same reason why soda is called carbonated beverage.

In particular, nitrogen is commonly used in beers, for example, Guinness. Such beers are not carbonated but nitrogenated. Nitrogen (N) is one of the chemical elements. This diatomic gas is atomic number 7. Naturally, it is odorless and colorless.

Nitrogen gas is compressed into a coffee keg to produce nitro coffee - a foamy as well as a caffeinated beverage. Nitro coffee is entirely smooth and has a creamy taste and a silky mouthfeel. In addition, its fizzy beer-esque appearance makes it a specialty in the world of coffee. 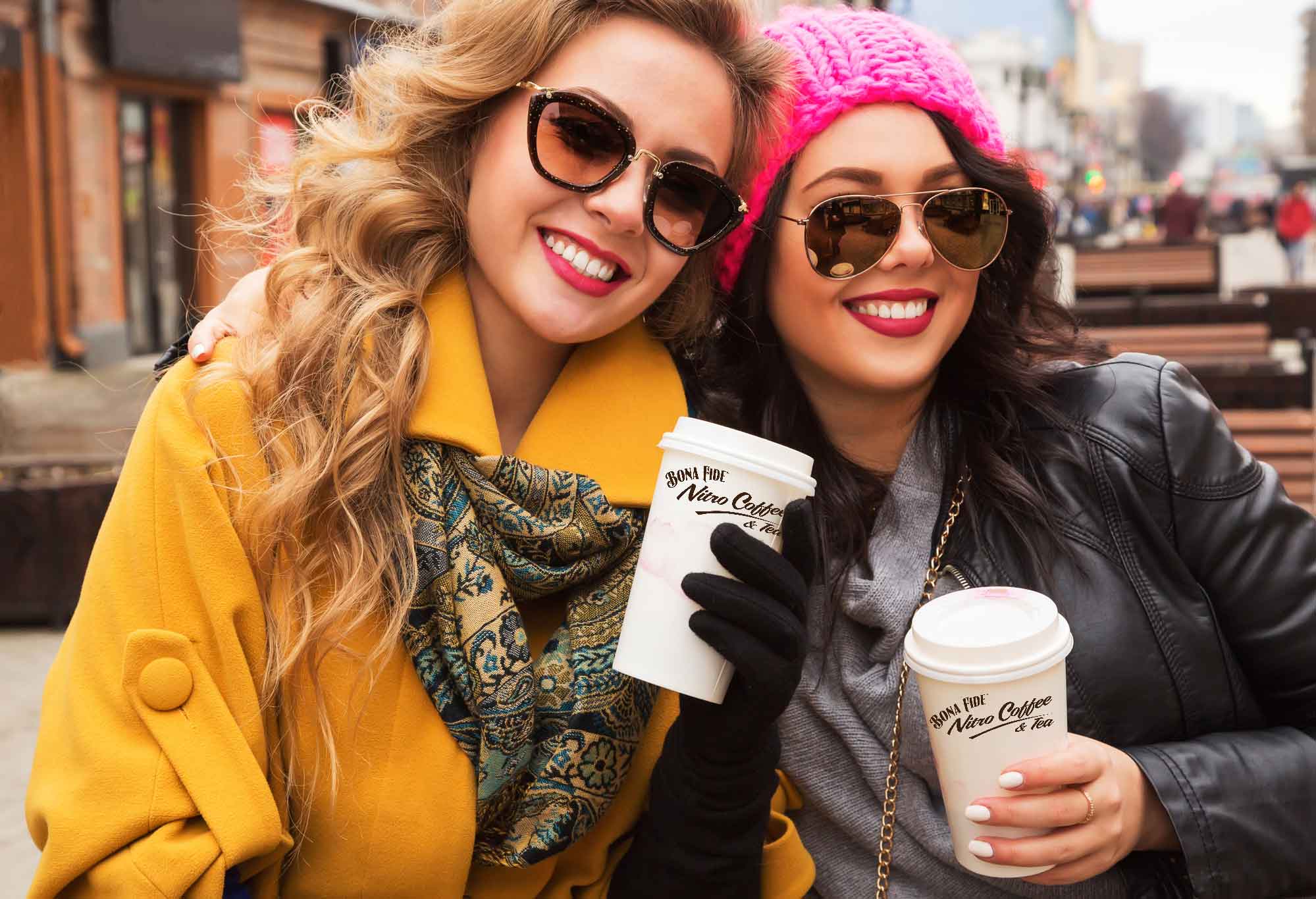 Interestingly, most nitro beers and beers made with coffee as an ingredient have similar dark roasted flavors. Nitro coffee, which by design, is non-alcoholic, is available on tap just like beer. The creamy effect of the "nitro" is generated when the nitrogen gas-infused coffee is expelled out via the pressurized faucet, commonly referred to as a "tap".

Nitro cold brews and typical cold brews are somewhat similar. However, there is a disparity in terms of smoothness and presentation value. Nitro coffee looks sexy when it pours and it tastes incredibly smooth. It also has a distinctively sweet mouthfeel. Why?

Carbon dioxide dissolves excellently in liquids. This is not the case with nitrogen. Nitrogen requires a much higher pressure to go into solution. As a result, bubbles in nitro coffee are smaller compared to bubbles in beverages containing carbon dioxide gas. When let out from under pressure the tiny bubbles dissipate slower, giving nitro coffee its foamy character and  rather than the bubbly character of beer or Champagne.

Bona Fide Nitro Coffee also works great as an ingredient in cocktails, for instance, coffee-colada's or nitro coffee rum drinks. It can also blend well with vanilla ice cream, creating a foamy dessert treat. Unlike other coffees, nitrogen-infused coffee is more favorable in flavor and it is easy to work with as a premium ingredient for creative beverages.

When poured from a stout style draft faucet into a clear glass, a stunningly beautiful beverage is produced. There is cascade effect, called the falling, which is also apparent in nitro beers. That visual display is attractive, draws attention and sells drinks! 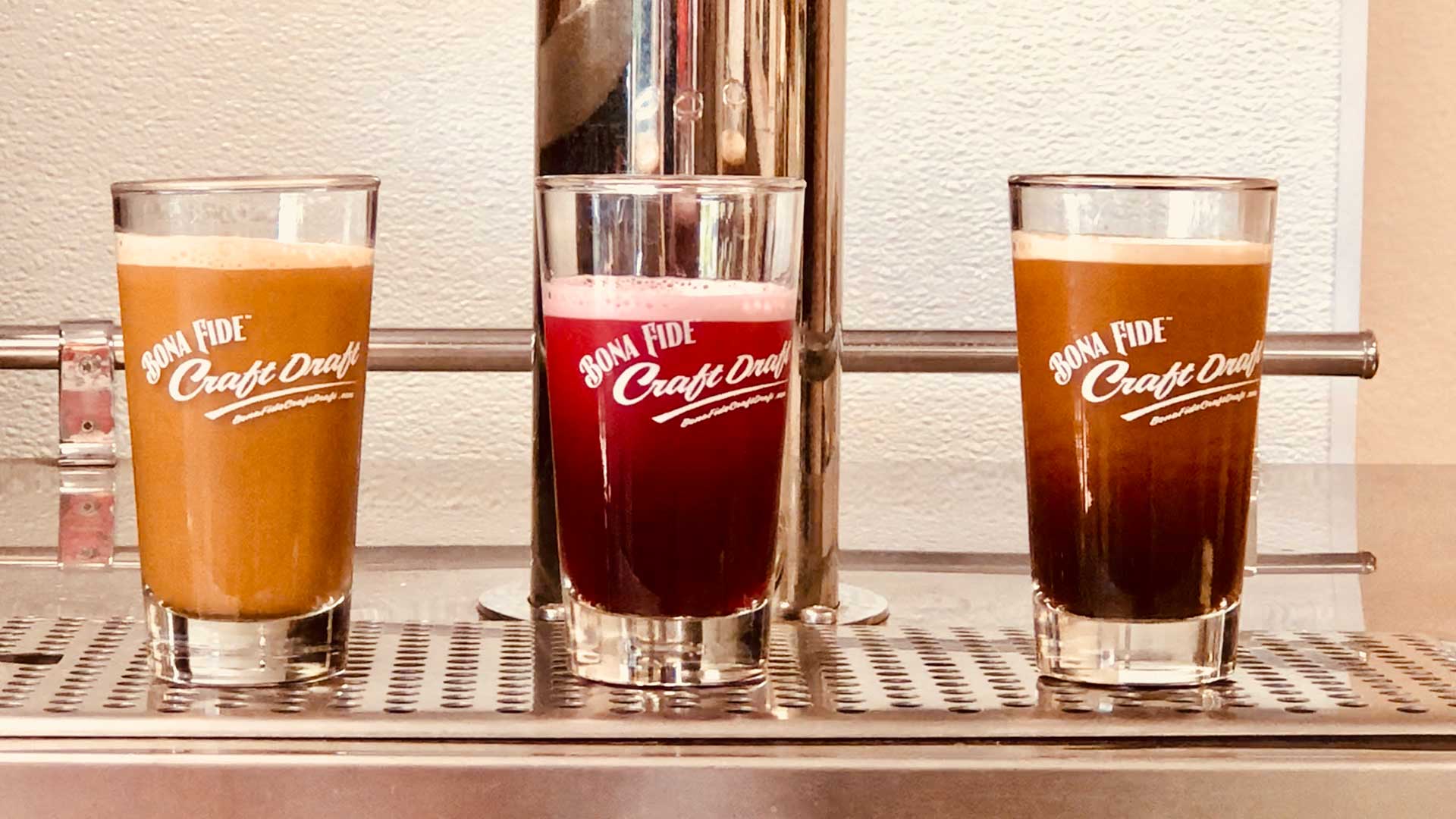 It seems that everyone is talking about nitro coffee. People rave about its smooth and silky taste but what most people do not consider is that it doesn’t leave you blurry-eyed or foggy feeling because there are no traces of alcohol content in it. In fact it is an ideal non-alcoholic alternative for consumers who want a sophisticated beverage with a lift and without the alcohol.

Nitro coffee offers plenty of nutritional benefits. Critically, it supplies the body with a modest dose of caffeine without the sugars and artificial flavors that are common in energy drinks. It is increasingly being consumed by gym-goers because of these characteristics. Consequently, nitro coffee on tap is starting to show up at high-end gyms and other athletic club venues.

The following are some nitro coffee health benefits:

Coffee is an excellent anti-aging agent. In fact, it is ranked number one for its anti-aging properties. Since it contains plenty of antioxidants, it can help in protecting the body from free radical damage as well as eliminating toxicity.

Research has shown that coffee has a greater amount of antioxidants compared to herbal tea, cocoa, green tea and other beverages. Antioxidants like Kahweol and cafestol available in coffee are great for cholesterol balancing. Clinical trials have also proven that coffee can prevent stroke, heart failure including other diseases.

No Need for Sugar

Nitro coffee is usually served without sugar or milk. The reason why adding sugar packets is unnecessary is that the nitrogen-infused coffee has a sweet creamy taste. When consumed this way, nitro coffee can lower ones calories intake. There are no sweeteners needed to make nitro coffee more favorable. It is perfectly okay the way it is.

Good for Physical and Mental Performance

Let's have a look at the one of the last health benefits of nitro coffee. Medical studies have proven that coffee boosts alertness, mental as well as physical performances. Particularly, drinking nitro coffee increases the after burn effect (post-exercise energy usage or expenditure) due to its cool and refreshing character.

In layman terms, your body keeps burning calories after workouts and at the same time using energy to normalize hormonal changes, recover and relax. Since nitro coffee supplies caffeine and liquid volume quickly, the after burn effect is maximized.

Nitro coffee undergoes a cold brewing process. Then, it’s saturated with the transparent and odorless gas called nitrogen and packaged in a keg. It is similar to beer because it served from the tap, and it shows well as a sophisticated beverage. Another big bonus is that there is no need for milk, sugar or alcohol. Nitro coffee contains a caffeine content similar to a normal cup of hot coffee. Unlike like most coffee drinks, it is usually served cold. For this reason it is a refreshing choice after an intense workout. It also works as a healthy alternative to other cold beverages. 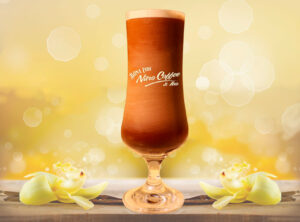 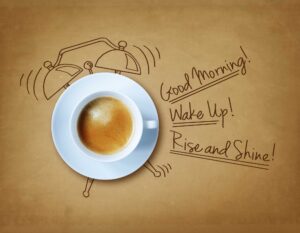 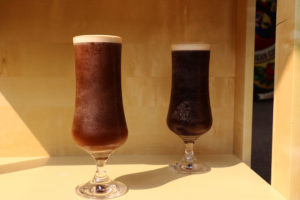 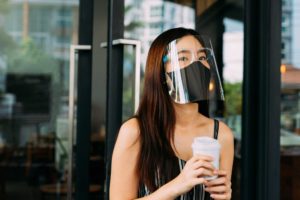 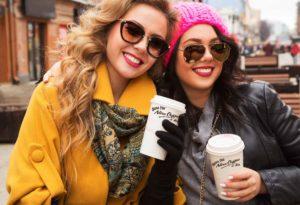 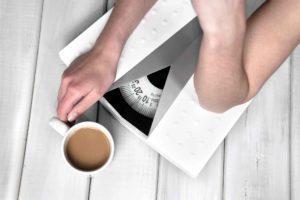